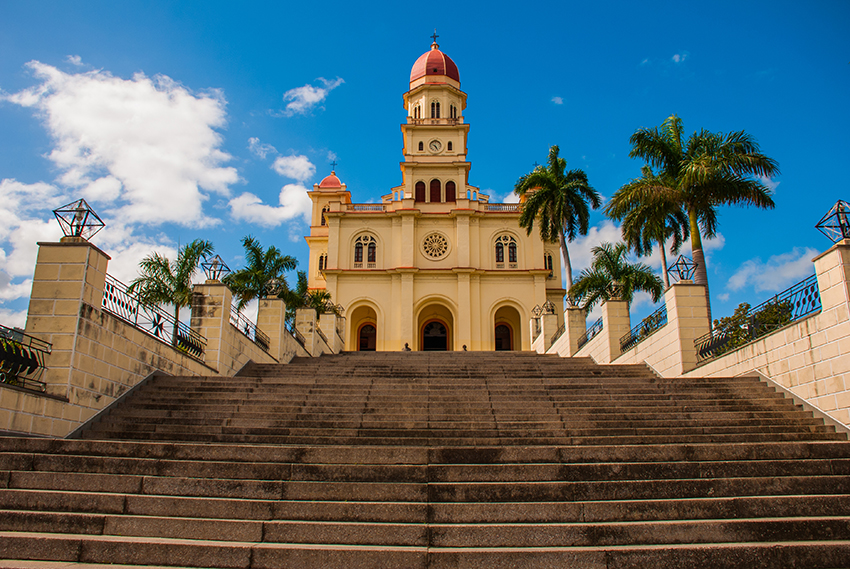 Our Lady of Charity of El Cobre, the patroness of Cuba is one of the most important symbols in Cuban culture and the Roman Catholic church.

In 1512, Christianity arrived in Cuba alongside some of the island’s first colonizers. More than 500 years later, Catholicism remains a dominant force in Cuban culture with 59% of its citizens identifying as Catholic – and many more influenced by the church’s traditions and belief system. One part of that tradition is Our Lady of Charity, the patron saint of Cuba.

The Importance of Patron Saints and Images

The Catholic Church recognizes over 10,000 saints – an exclusive group made more exclusive by the role of patron saints who hold domain over specific jobs, people, or places. Cuba’s patron saint is the Virgin Mary, who is represented by a statue in the town of El Cobre – about thirty minutes from the culturally rich Santiago de Cuba.  The Catholic Church officially recognized this statue as having a direct connection to the divine via a process called veneration. You may know a few venerated images already, such as the Shroud of Turon and the Holy Grail.

How Our Lady of Charity Became Cuba’s Patron Saint

As with any oral history, details can change depending on who tells the story. But it’s widely accepted that the legend of Our Lady of Charity or Nuestra Señora de la Caridad stretches back to the early 1600s. Around that time, two Indigenous Cubans and a ten-year-old African slave went to collect salt in the Bay of Nipe. While at sea, a violent storm overtook their small boat. Stuck under a downpour with waves crashing aboard, the group prayed to an image of the Virgin Mary carried by the young slave.

At that moment, the skies opened, the storm cleared, and the group spotted a single, white bird floating on distant waves. But as they drew closer, they discovered the bird was a statue fixed to a board that read, “Yo Soy la Virgen de la Caridad” or “I am the Virgin of Charity.”

Believing it was a literal sign of Mary’s protection the group rushed it back to their village, where a local official ordered a small chapel built in the village of Barajagua. But soon after, the statue disappeared from the chapel. Distraught, locals formed a search party that night – only to discover the statue back in its original location the following morning. This happened three more times before the villagers decided to move the image to the nearby town of El Cobre.

But once again, the statue disappeared. It was soon discovered by a young girl in the foothills of the Sierra Maestra mountains. On that hill, locals erected a church now known as the National Shrine Basilica of Our Lady of Charity.

Two hundred years later in 1801, the king of Spain, Charles IV, freed Cuban slaves from the El Cobre copper mines – increasing Cuban belief in the power of the statue. And in 1916, Pope Benedict XV declared Our Lady of Charity the patroness of Cuba with numerous popes awarding special status to the image in the decades since. 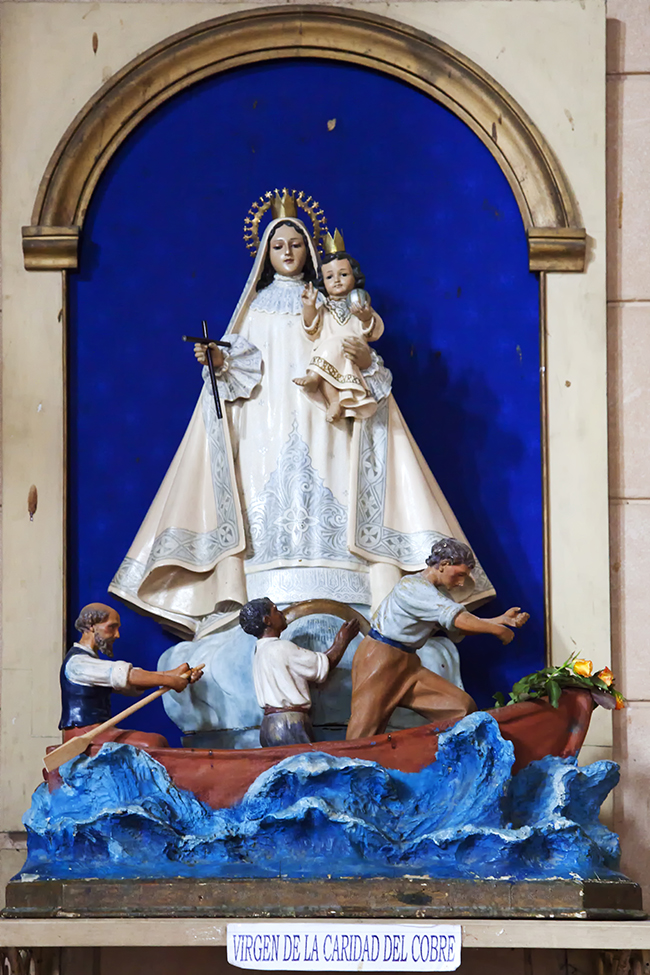 Our Lady of Charity Today

Nuestra Señora de la Caridad is among Cuba’s most treasured objects – representing hope and salvation in the face of misfortune for Catholic and non-Catholics alike. Each year, several thousand Cubans make a pilgrimage to the site with particular attention paid on September 8, the feast day of the Blessed Virgin Mary.

Since the revolution, Cuba has been a secular state. But in recent decades, relations between Cuba and the Vatican have improved, especially following Pope John Paul II’s visit in 1998. Since then, every pope has visited the island and the Basilica of Our Lady of Charity – including Pope Francis.