Home » About Us » Blog » What to Pack for Cuba - 9 Things You Need, According to Experts
share 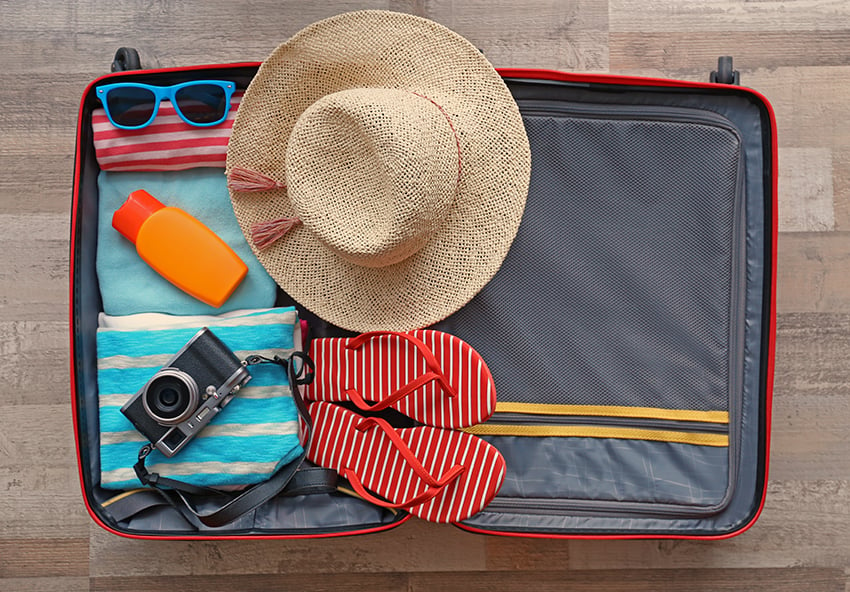 Travel to Cuba is easier than ever – and so is packing with this list of nine things our Cuba travel experts suggest bringing to the island.

At its closest point, Cuba is just 103 miles from Florida. But once you’re on the island, some common place items are harder to find. As you’re getting ready to pack for Cuba, make sure these items are in your bag.

Cuba can get almost 250 hours of sunshine a month in the summer or around 150 hours in the winter. And with a tropical climate, temperatures in Cuba reach the upper 90s during hotter months. Come prepared to beat the heat with a good hat, sunglasses, and cool clothes. We also encourage travelers to pack as much sunscreen as possible, as it can be expensive and hard to find in-country. 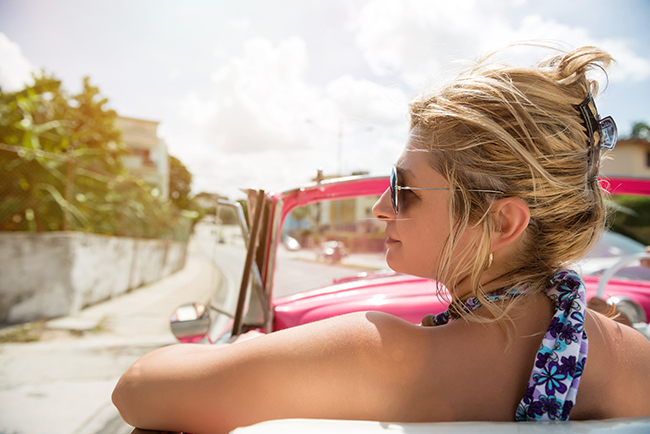 Cuba has a mix of tropical rainforest, monsoon, and savannah climates – all of which attract mosquitoes, especially in the rainy months between May and October. But Cubans are masters in mosquito management, and the transmission of bug-borne diseases like chikungunya and dengue remain rare. Still, it’s best to pack as much DEET-based insect repellent as you think you’ll need for the entire trip. Because like sunscreen, bug spray can be hard to find on the island.

Cuisine plays a big role in Cuba with many of our tours featuring food-based itineraries. And while most foods are safe to eat in Cuba, we recommend taking similar precautions as you would in any developing country. Drink only bottled water and make sure any vegetables or fruit you eat can be peeled – and aren’t pre-sliced. But even with the best precautions, new cuisine can cause upset stomachs. Bring antacids along, so you can enjoy Cuban street food to the max.

Despite being in the Carribean, Cuba can get cooler during winter months. You’ll want to pack something for those evenings between November and April when temperatures can drop into the low 60s. A windbreaker or thin sweater should do the trick.

Cobblestone is commonplace on the island – and public transit vehicles are often limited due to the embargo. But since Cuba is best seen on foot, this isn’t all bad. Bring comfortable walking shoes, especially for days spent in Havana. 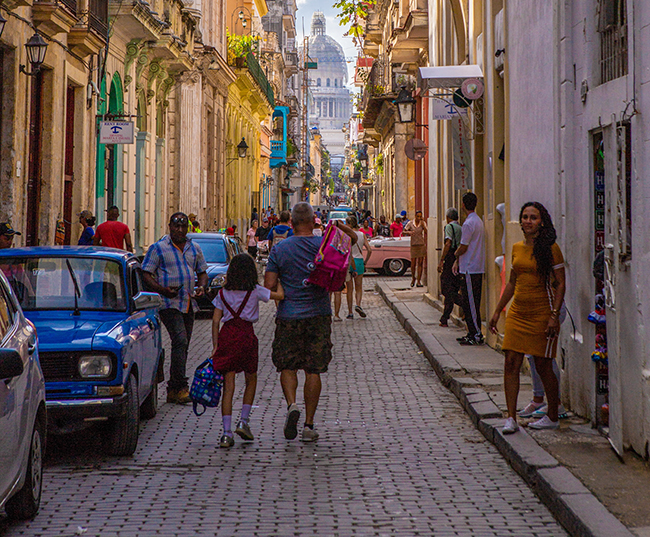 In rural areas, toilet paper isn’t readily available. Pack a roll or two for your trip, along with wet wipes. Likewise, soap and shampoo can be limited outside of Havana – so bring hand sanitizer and any toiletries you can’t do without.

Credit card readers aren’t common in Cuba – and US-affiliated banks will block all transactions under the economic embargo. So, withdrawing money anywhere in Cuba isn’t an option for American travelers – even at the airport. And because Cuban currency isn’t available outside of the country, you’ll need to bring convertible money with you.

Cuba operates on a dual-currency system. One for tourists (Cuban Convertible Peso, CUC) which is pegged to the US Dollar at a 1:1 rate and one for locals (Cuban Peso Nacional, CUP) which fluctuates around 25:1 USD. Everyone accepts CUC, but not CUP – especially in the service and tourism sector where only the CUC (tourism currency) is taken. But don’t be surprised if you get change back in CUP.

We suggest a minimum of $150 USD per day for souvenirs, rum, cigars, art, carvings, outside meals, and incidentals. Upon arrival, you’ll need to exchange your USD for CUC. So make sure your bills are free of rips, markings, or any kind of defacement. With taxes and fees, you’ll be charged approximately 13% for exchanging money (subject to change). That means you’ll get roughly 87 CUC back for 100 USD. 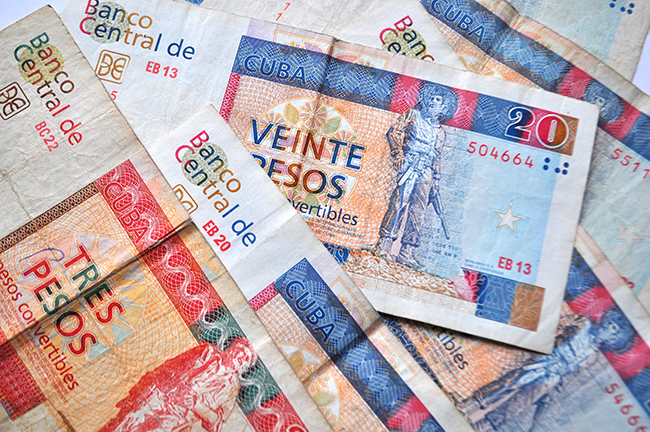 Cell phones can be rented in Cuba, or your carrier may offer service. But If you’ve traveled outside of the US, then you know WhatsApp is popular in the international community for texting and calls – and the same is true in Cuba. We suggest installing WhatsApp before visiting. We strive to make sure WiFi is available in the hotels and boutique residences we stay in, so you can keep in touch with those back home. But know that WiFi can be slow and expensive on the island.

This one doesn’t take up any extra space, but it bears repeating. US-Cuba relations over the decades have produced plenty of misconceptions. So keep an open mind visiting Cuba because among Carribean countries, it's in a class all its own.

Questions about packing for a trip to Cuba or ready to book? Text or call an insightCuba Travel Specialist now at 1-800-450-CUBA (2822).