Home » About Us » Blog » Hurricane Irma: What you Need to Know
share 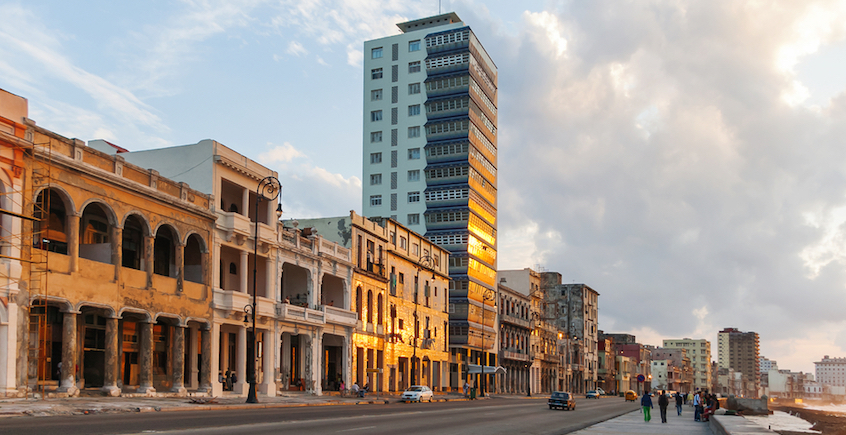 After making its way through the Caribbean, Hurricane Irma made landfall on Cuba’s northeastern shores Friday night. It was the first storm of this magnitude to reach the island in 85 years. Sadly, Irma claimed ten Cuban casualties and devastated swaths of sugarcane and agricultural crops.

Thankfully, however, the eye of the storm veered north before reaching Havana, saving Cuba’s capital city and western provinces from the destruction that north-central coastal resort towns sustained.

The effect of the storm in Havana is largely limited to downed trees, temporary power outages, and temporary flooding a few blocks in from the sea wall. Today all of the airports in Cuba have reopened and our friends there have told us that things are already returning to normal in most parts of the city. The lights have come back on, the streets have been cleared, and businesses are back up and running.

Photo: Lounge bar at the Melia Cohiba hotel on September 11, 2017

While the flooding has impacted homes along the coast, Cuba’s western, southern, and eastern provinces including all tourism infrastructure are already up and running. And Cuban President Raul Castro stated that even the hardest hit areas on Cuba’s northern coast will be in full repair by the end of the year.

Cuba has long been considered a regional leader in disaster preparedness and response. In fact, Cuba sent about 800 of its health workers to aid affected island neighbors in Irma’s wake. Clean up and recovery at home is well underway.

Because Irma’s toll on the island was concentrated in certain areas, and because of the Cuban government’s rapid response efforts, all insightCuba’s tours will be running as scheduled. The highly acclaimed people-to-people experiences and accommodations that insightCuba offers its guests on each of its legal trips to Cuba remain unaffected by the hurricane. Some itineraries in coming weeks may experience some modifications to ensure guest safety and comfort. 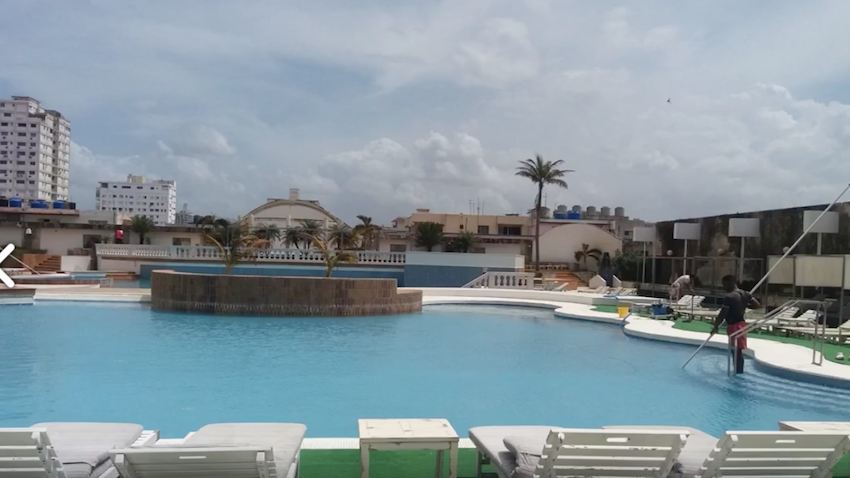 While Cubans across the island mobilize repair efforts in solidarity with their neighbors, both in Cuba, and in the rest of the Caribbean, the gorgeous colonial architecture of Old Havana remains intact and as stunning as ever. Cubans – whose economic livelihoods depend greatly on tourism – are hoping that news of the storm won’t scare off any visitors hoping to take their first trip to Cuba to see it for themselves. For those who have traveled to Cuba before, they are already familiar with the unwavering resilience and ingenuity of the Cuban people, and the incredible experience that awaits first-timers.

Photo: The pool side restaurant and guests at the Melia Cohiba on September 12, 2017