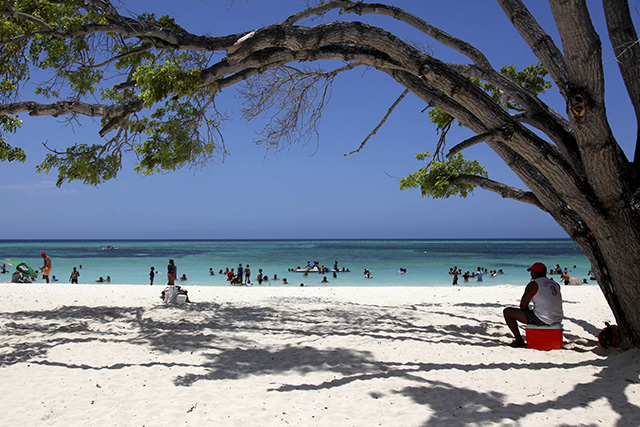 Summers are usually relatively quiet in Cuba. Sweltering heat settles in over the Caribbean island, and Cubans abandon their city dwellings for the turquoise waters of local beaches. But, following a trend of changing times in Cuba, it seems that this summer has been anything but quiet.

For starters, the Castro brothers, who have presided over Cuba since the 1959 revolution, each had milestone birthdays this summer. On June 3, Raul Castro turned 85. Two months later, his older brother Fidel Castro turned 90.

Raul took over for his older brother in 2006 when Fidel was suffering from severe health issues, from which he later recuperated. According to Reuters, Raul said a day after his 85th that he still plans to step down in 2018, even though he is “robust” and “could manage several more five-year terms.”

Fidel’s 90th birthday was cause for much fanfare across Cuba. He celebrated in the company of his brother and other local dignitaries and celebrities, such as Venezuela’s president Nicholas Maduro and the legendary singer of the Buena Vista Social Club, Omara Portuondo. A children’s theater group, La Colmenita, gave a special performance at the celebration in Havana. (Pictures can be seen here). A local cigar maker even dedicated a 90-meter-long cigar, the world’s longest, to Fidel for the occasion!

The Castro brothers weren’t the only famous people who celebrated their birthday in Cuba this year. The American pop music icon Madonna was spotted in Havana in August celebrating her 58th birthday (photos here). She and her two kids reportedly soaked up the sights in the historic Old Havana neighborhood during a three-day trip.

Perhaps the most significant news coming out of Cuba this summer is the Colombian peace deal. Cuba has been the host of peace talks between the Colombian government and the FARC, Colombia’s largest rebel group, for nearly four years. On August 24, both sides announced a long-awaited accord, ending over half a century of conflict that has claimed hundreds of thousands of lives and displaced millions in Colombia. Several governments around the globe lauded Cuba’s role as a peacemaker.

Cubans witnessed more history in the making this August when the first regularly scheduled commercial flight from the United States since 1961 landed in Cuba on the 31st.  For decades, flights had been limited to specially sanctioned charter services.

American tourism to Cuba is still prohibited under the U.S. embargo of Cuba, but Americans can travel to Cuba legally if their trip falls under one of twelve categories of legal travel. InsightCuba offers legal “people-to-people” tours of Cuba that anyone can join.

The resumption of regular flights is the latest development in the effort to normalize U.S.-Cuban relations, which have been at odds for over half a century. While diplomatic relations were officially restored in 2015 with the opening of the U.S. embassy in Havana and the Cuban embassy in Washington, there is still a long way to go before relations are normalized and the two countries revert back to business as usual.

While the day that McDonald’s sets up shop in Cuba may still be far off, other multi-national businesses are gaining their foothold on the island.  A Spanish clothing chain is set to open a megastore in Havana by the end of the year. The megastore will be in stark contrast with Cuba’s much smaller, sparsely stocked state-run shopping outlets.

Japan’s Mitsubishi is the latest corporation said to be scouting for opportunities in Cuba. Since the United States and Cuba announced détente, there seems to be an endless barrage of business delegations arriving in Cuba.

Experience it for yourself

As change comes to Cuba, now is truly an important time in Cuba’s history. There is never a dull moment! InsightCuba’s tours of Cuba offer guests the chance to be a part of history in the making.

Whether soaking in the magic of historic Old Havana, dancing with Cubans at a Buena Vista Social Club concert, or enjoying a private audience with the same children’s theater group that serenated Fidel Castro on his birthday, a trip to Cuba with InsightCuba is the experience of a lifetime. Call 800-450-2822 to see Cuba before it changes forever!