The 13th Havana Biennial, held from April 12 - May 12, 2019, was an aspiring display of visual arts that went beyond the usual spaces of galleries and museums, spilling into public spaces frequented by tourists and the usual passerby of Havana.

This year’s theme "The Construction of the Possible" brought with it a goodie-bag of artists including 80 Cuban creators and 160 foreign participants from 49 countries. They combined their artistic mediums of choice including photography, painting, mixed materials and metals to produce striking visual pieces.

Here, we bring you the top instillations that have caught the attention for their interpretation of the theme and contribution to the Biennial.

Behind the wall is a longstanding tradition of the Biennial, taking place along the popular Malecon, Havana’s seaside esplanade. Since 2012, the boulevard turns into an open air art gallery where artists proudly display their work during the Biennial. Locals and visitors walk the five mile path along the coast while taking in installation after installation and even live performances. Renowned artists such as Pedro Pablo Oliva, Roberto Fabelo, Ernesto Rancaño, Alejandro Piñeiro, Jorge Otero and many others, have had their art along the wall for Habaneros and visitors. 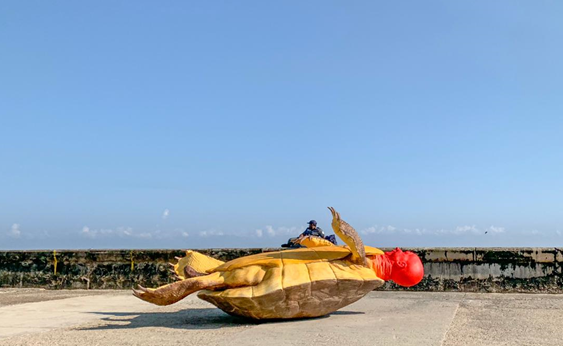 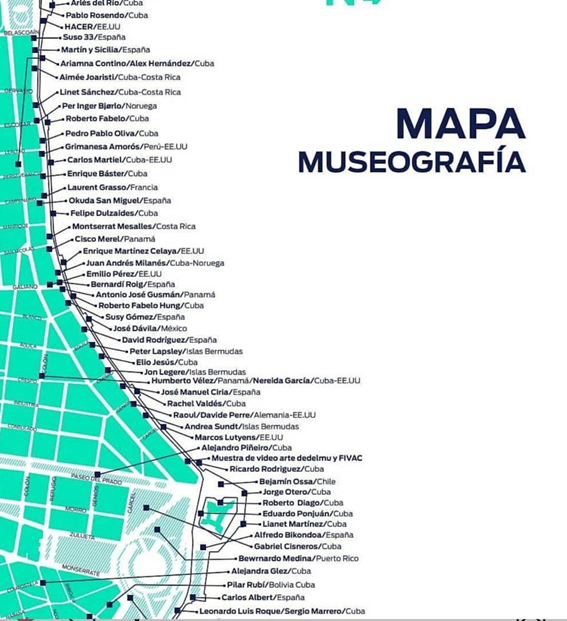 Location of public instillations along the Malecon

The Cuban Art Factory, or FAC, is the undisputed headquarters of the Biennial. Here works of industrial design, architecture, paintings and live music converge and seamlessly coexist under one roof. The venue from the exterior is unassuming and modest to say the least. Once inside, visitors are greeted with a pleasant surprise as they move from room to room digesting, photography, graffiti, sculptures, videos, and live performances.

Giants Peeking at the City

The installation of renowned French artist Jean René took Havana by surprise once again with Giants Peeking at the City, an enormous image of a child spying on the city behind a wall. The artist drew inspiration from a photograph of a boy standing on a balcony in Centro Habana. The image was on full display, extra-large of course, along a wall near the Gallery of Continuous Art. This isn’t anything new for Jean René. He’s known for capturing the attention of wanderers not necessarily interested in visiting the nearby museums or galleries, eventually drawing them in.

Giants Peeking at the City - By: Jean René

There are a handful of permanent pieces that reside throughout Havana. However, during the Biennial the city is turned into a pulsating gallery of inspiration. Soon visitors and locals will be treated to long-lasting pieces along the Cultural Street Line Corridor. The proposal to turn the area surrounding “Calle Linea” into an art district is in full swing. The ambitious project draws inspiration from the Biennial and is led by Cuban architect Vilma Bartolomé. It aims to restore life to more than three kilometers of avenue, transforming it completely during the next three years with a total of 72 interconnected art projects. The center will be located on the remains of the old tram station of Line and 18th street, a space to be converted into a great cultural center to host events and literary fairs. 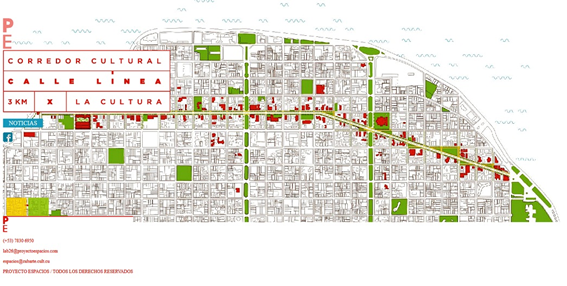 The Havana Art Biennial enriches the streets of Havana, with art spilling into alleyways and cobblestone streets. The month long event presents tourist with an opportunity to enjoy art from local and international artists. The Biennial is far from pretentious and can be enjoyed by connoisseurs and novices alike. InsighCuba runs tours in Havana all year long. Anyone on our Undiscovered Cuba, Classic Cuba, Legendary or Weekend in Havana tours can enjoy the abundant creative festivities. 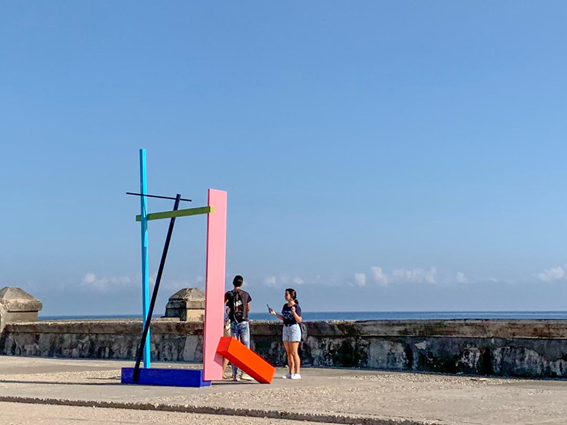