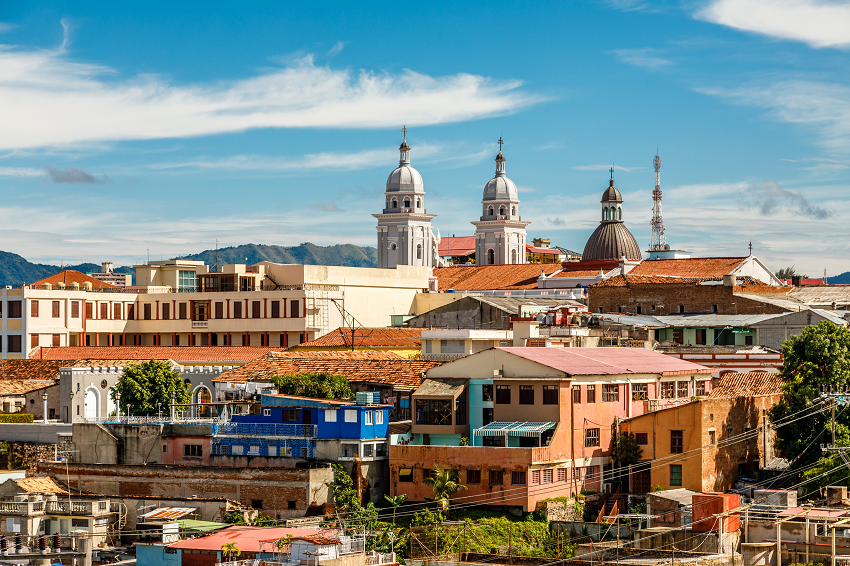 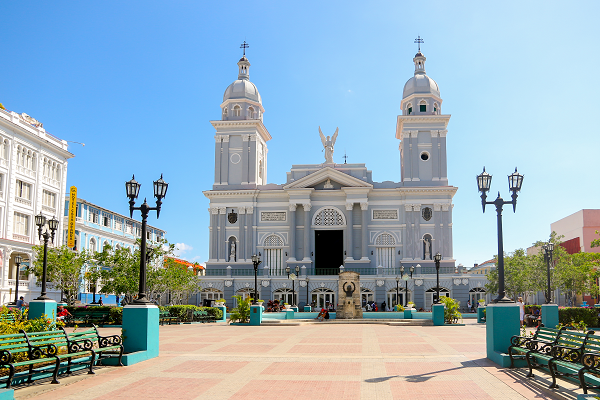 Santiago de Cuba’s narrow alleyways are rich with museums, monuments, and history. Your walking tour will start at Parque Cespedes – a picturesque plaza where Fidel Castro proclaimed victory in the Cuban Revolution. From there, it’s an easy walk among the city’s diverse structures of colonial, baroque, and neoclassical architecture – all immersed in the sounds of local street musicians.

Along Calle Heredia, you’ll find an abundance of privately-owned bookshops, art stores, and restaurants. As you shop, our guide will go into detail on Cuba’s economy.

Cuba’s second-largest and second-most important city is also one of the country’s first. Established in 1515, four years after Baracoa’s founding, Santiago was the colony’s capital city during the early decades of Spanish rule. With direct access to the ocean, Santiago has served as a flashpoint during times of conflict and as a shelter for those displaced – most notably French whites and African slaves following the Haitian slave revolt. Both of whom contributed significantly to the city’s cultural makeup.

Centuries later, in 1898, Teddy Roosevelt and his Rough Riders took part in the Battle of San Juan Hill during the Spanish-American War. The US victory near Santiago made Roosevelt a national hero back home, laying the path for his presidency.

Castro’s heroics, however, are most significant to Cubans. The revolution began in Santiago with an unsuccessful attack on the Moncado Barracks on July 26, 1953, which resulted in Castro’s imprisonment for two years. But that day became a rallying cry, launching the “26th of July Movement” or “M-26-7”. And five years later, Fidel entered Santiago as Che Guevera’s forces captured Havana – marking the end of the revolution.

Top Attractions and Things to See

Santiago’s past and present meet in the Santa Ifigenia Cemetery, where heroes from Cuba’s independence and revolution now reside. They include Carlos Manuel de Céspedes, Frank País, and two of Cuba’s most legendary figures – Jose Martí and Fidel Castro. Like the Tomb of the Unknowns in Arlington Cemetery, Martí’s mausoleum is guarded 24/7 with a changing of the guard ceremony every 30 minutes.

Given Santiago’s age, keep an eye out for a wide range of architecture along the way, such as the baroque city cathedral and neoclassic Bacardi museum. Other highlights include the Moorish-style home of Spanish conquistador Diego Velázquez, and, overlooking the bay, the Castillo de San Pedro de la Roca – a UNESCO World Heritage Site and one of the best-preserved examples of Spanish-American military architecture on Earth.

Santiago is literally closer to Haiti than Havana, and you’ll feel the outsized Afro-Carribean influence during our walking tour of the city. So if you see some Rumba or Son, don’t be afraid to jump in.

This experience is available on our Undiscovered Cuba tour or can be integrated into a custom-made itinerary.