Home » About Us » Blog » My Cuba Diaries: For the Love of Rum
share 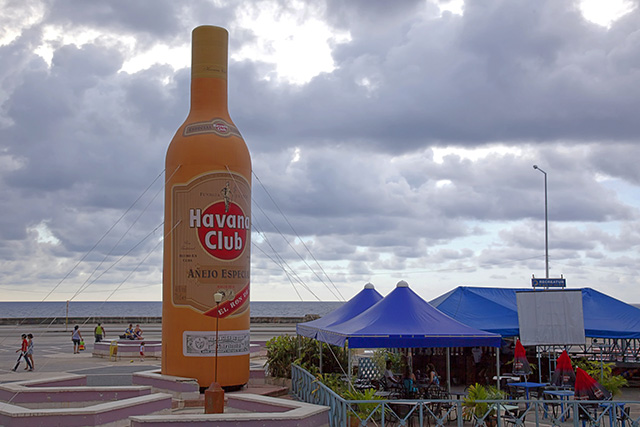 Cuba Libre, the Hemingway Special, El Presidente, La Mulata, just a few of the cocktails made famous by the Cuban rum, have maintained their punch and popularity several decades following. But as home to the Grand Prix of International Cocktail Havana Club, first organized in 1996, Havana can easily relish in its role of cocktail mecca.

Despite the crave-still for classics such as the Daiquiri and Mojito, drinking rum like a local is an entirely different story. Skip the sugary mojito for a Havana Club Añejo 7 Años (7-Year) rum on the rocks instead; pungent, crisp, straight to the core. And due to recent loosening of travel restrictions towards Cuba, an attainable taste to take home - up to $100 worth of it. 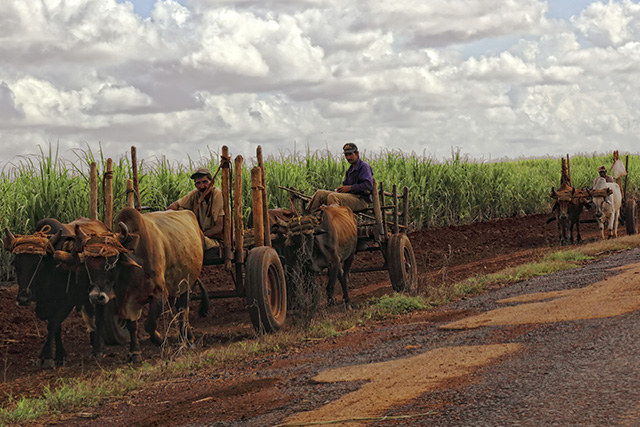 A line of oxen and carts in the sugar cane fields near Gaspar, Ciego de Avila Province, Cuba

For centuries, Cuba – by now synonymous with island of rum - has occupied a key role in the history and production of rum. The arrival of sugar cane in 1493, thanks to Christopher Columbus, combined with the favorable climate, fertile soil and unique expertise of the Maestros Roneros (Master Rum-makers) have nurtured to life the earliest version of rum – a fermented nectar of sorts. With the introduction of copper stills and the first attempts at aging in the 1800s, the quality improved, a concept set forth by Pedro Diago, recognized as father of the Cuban rum and first Cuban distiller. Later on, at the request of the Spanish Royal Crown, the more delicate Ron Superior came to be in the later half of the 19th century, whose popularity resulted in the opening of more than 1,000 distilleries throughout Cuba. Only one step followed in releasing today’s Cuban rum, a lighter, softer drink, consumed pure or in cocktails, served by bartenders all around the world.

A brand of irrefutable national reference, the Havana Club name has fostered tradition and pride to the Cuban culture. By preserving the fine art of añejamiento: the art of distilling and aging, the production of high quality rums, ripe with the sought-after rich Cuban flavors is made possible, most of which today goes to export.

Rum aficionados can witness first-hand the production of the legendary rum at the Rum Museum in Old Havana, complete with historical facts and secrets of the illustrious Maestros Roneros.