Home » About Us » Blog » Our Girl in Havana: Single Female Traveler
share 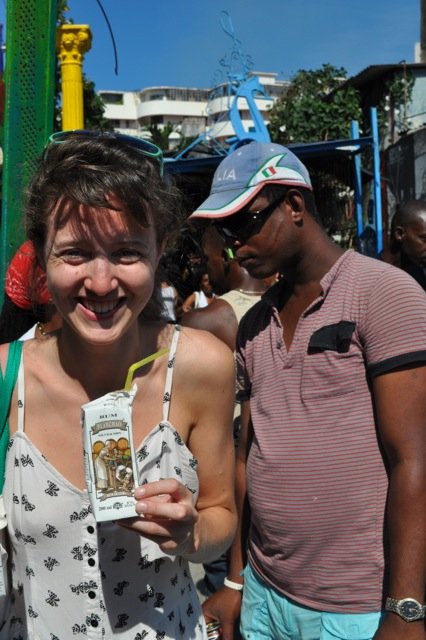 Most men I meet in Cuba say the same thing to me: “Why are you travelling alone? Where is your husband?” I vary my answer just to make it more interesting; I have a whole harem of imaginary husbands now. Us solo female travelers may be a rare breed here, but that’s not to say it isn’t a good country to visit as a woman.

To start with, Cuba is incredibly safe with the lowest crime rate in the Western Hemisphere. Violent incidents are rare and even petty crimes like pick pocketing or mugging are not common. Use the same sense you would in any city: take care on the unlit streets; make sure someone knows your movements; use taxis late at night and sit in the back seat; be aware of where you’re going. The chronic lack of street lighting and frequent blackouts is discomfiting, but often the cities are buzzing even after hours, with families sitting out on their step to enjoy the cool night air and neighbors mingling. A lot of socializing in Cuba is done on the street by night.

Walking around Habana Vieja or other tourist areas, you’ll be stopped every few steps with the shout of, “Friend, where you from?” This applies to men as much as women, but female travelers can seem an easy target for hustlers, of which there are many. It may feel like bad manners to ignore people, but most often, these ‘friendships’ lead to offers of cheap cigars or the promise to take you to the ‘best’ mojito bar in the city, for which they gain commission. It’s easy to end up on a goose chase out of sheer politeness, but never feel obliged to part with any money.

This country has done much work to improve gender equality, with women well represented in parliament and the work force. A woman’s position in society is respected, though that doesn’t stop men from catcalling girls at every opportunity. As my Spanish improved, so have my retorts, and any exchange usually ends in easy laughter. There is no malice in this kind of attention.

Many women have children at a young age, and some local bars can feel like intimidating hives of testosterone. Being hit on is something we all know how to deal with, but what was harder to fathom were the jineteros. These hustlers target both men and women, and are the key purveyors of sex tourism, sadly rife in this country. Sitting at a bar on my own, the occasional man would dribble adoration in my ear. “You’re the most beautiful woman I have ever seen - where are you going? Can I come with you? I’ll go anywhere you want.” Out of sheer naivety, the intensity and frequency of these come-ons baffled me at first.

Sometimes they’re after a straight up financial exchange; others are happy to spend a few days being nicely looked after with drinks, meals and gifts. A few are just looking for a foreigner to befriend who might be able to send assistance from abroad to improve their own often low standard of living. Maybe some might even have thought I was truly the most beautiful woman they had ever seen. Either way, this was probably the greatest nuisance I encountered. It can be difficult at times to distinguish genuine advances of friendship – which you will encounter everywhere you go in this joyously friendly country – from someone hoping to benefit from it. It is a complex and difficult dynamic.

Either way, it is easy enough to bat away this sort of attention, especially when with a mixed gender group. And, as far as I’m concerned, I refuse to forgo the pleasure of having a cold beer in a bar just because of a bit of unwanted male attention. A firm refusal usually does the trick.