InsightCuba caught up with Reuters journalist, Marc Frank, about his latest book. In Cuban Revelations, Marc Frank offers a first-hand account of daily life in Cuba at the turn of the twenty-first century, the start of a new and dramatic epoch for islanders and the Cuban diaspora. A U.S.-born journalist who has called Havana home for almost a quarter century, Frank observed in person the best days of the revolution, the fall of the Soviet Bloc, the great depression of the 1990s, the stepping aside of Fidel Castro, and the reforms now being devised by his brother. 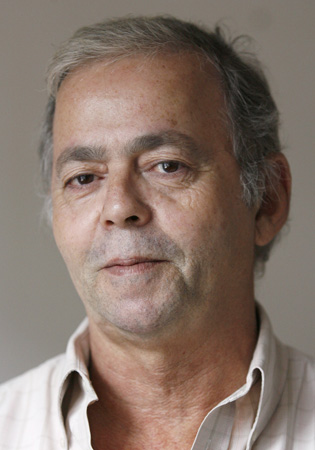 InsightCuba: You’ve lived in Havana for close to a quarter of a century. Why Cuba?

Marc Frank: Well, I certainly like the people and the island’s beauty lives up to its fame. But that’s not why I came here or live here today. I came out of curiosity and stayed because of the opportunity it presented to me as a journalist. I also ended up marrying a Cuban with 18 aunts and uncles and around 50 first cousins.

What propelled you to write a book about Cuba?

The desire to pass on to others what I have learned about Cuba over the years. Also, I was in a unique position to tell the tale of the remarkable changes afoot on the island today and believed it was my duty, as a journalist, to do so.

How’s the daily life of a US-born person in Havana? Have you ever had any issues with being American?

I have never experienced any hostility because I’m American, nor been treated specially. Most Cubans have relatives living in the United States and Fidel Castro and other officials have always been careful to state the country’s differences are with Washington, not average Americans. All expats run into cultural barriers here and all reporters the government’s suspicion. I’m no exception. Most expats, including myself, live a more or less middle class life, and until recently that set us apart from the Cubans, especially during the truly desperate 1990s.

You’ve witnessed many of Cuba’s social and political changes, from the Cuban Revolution, up to Fidel’s stepping aside. Which was most gripping?

The great depression that followed the collapse of the Soviet Union was surely the most dramatic and tragic. But the post-Castro era, already underway with the Castro brothers still alive, is the most interesting. To live within a society undergoing such dramatic change is truly “gripping.”

What is your favorite region of Cuba and why?

I do not have a favorite region. Each is unique in personality and environment. My favorite place to be is in the countryside with friends, roasting a pig, drinking rum and playing dominoes.

What is one thing you would miss terribly if you left Cuba?

I would miss terribly the relatively crime free environment, at least in terms of drugs and violence, something that has no price and allowed me to raise two daughters with little worry.

What have you learnt from living so long amongst Cubans?

That human nature is human nature and therefore just how extraordinarily difficult it is to build a better world.

Can you share tips for other American journalists traveling to Cuba?

Cuban reality is so different than our own that we have a hard time understanding it in its own terms. Keep your mind open and remember, no one and nothing is perfect.  Everyone and everything has a history and positives and negatives, and good journalism takes all that into account.

What does the future hold for Cuba?

The future is all about reunification of the Cuban family and improved relations with the United States. The first is inevitable due to instinct, and the second is a matter of geography. As my book says, a new Cuba is being born, but it is far too early to say how the “creatura” or infant will turn out.

“Cuban Revelations: Behind the Scenes in Havana” is being released this October and can be pre-ordered at various Internet book sites, including on Amazon. It will also be available as an e-book.